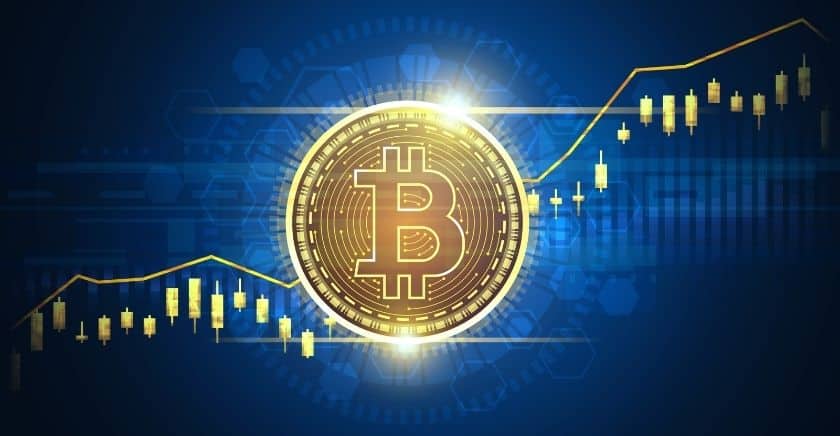 Bitcoin and several other altcoins reach a positive trajectory following the sanctions by world countries against Russia. As anyone that followed the current events would know, the political conflict between Russia and Ukraine has directly influenced the financial markets recently. However, the Bitcoin market is showing resistance to this global event following the stances taken against Russia by the world countries, particularly the United States of America.

As the Russian ruble experiences a historic fall following these sanctions, Bitcoin’s value in the market increased by 10% in the last 24 hours. The fall of the local currencies in both countries seems to have pushed cryptocurrency transactions. Bitcoin, which has been trading in the $30k range after a bearish market, conveniently rose to $43,000 as the market closed yesterday. As per this thorough research-backed Bitcoin price prediction, BTC could reach $100,000 by the end of 2022.  The escalating global events are providing just the environment for Bitcoin to grow to the predicted value.

Yet, BTC is not the only token to post such phenomenal one-day growth. Ethereum, the largest currency after Bitcoin, passed the $2,826 level during the closing yesterday and gained another hundred dollars the following day. According to CEO Leah Wald from Valkyrie Funds, the current scenario does not emphasize the correlation between traditional and digital currencies. We might instead see the mainstream adoption of cryptocurrencies, he added.

This is because the policies of the US government are intended to cut any business ties with the Russian Central Bank and freeze any assets within their soil. Now, as several world countries are moving in the same direction against Russia, this could result in bullish sentiment for Bitcoin. Moreover, this situation could also emphasize Bitcoin’s role in armed conflicts as a reason for this growing sentiment.

The crypto experts also recognize a direct connection between local currencies, like RUB and UAH and Bitcoin. Furthermore, these currency pairs surged faster than BTC-USD, as in yesterday’s report. The ongoing conflict indeed stressed the potential of a borderless decentralized currency like Bitcoin. Ukraine raised more than $10 million in cryptocurrencies through donations. However, it is not the only reason for the hike in Bitcoin price.

Michael Rinko from AscendEx states that $38,000 is a prominent number in Bitcoin’s trajectory. More investors enter at this particular level than any value above or below due to the assurance of support that helps avoid huge losses. This peculiar sentiment among investors helped the coin surge past $40,000 in the market. More reports claim that Bitcoin’s position for this week would be between $37,000 and $43,0000 as the two countries are engaged in a series of negotiations.