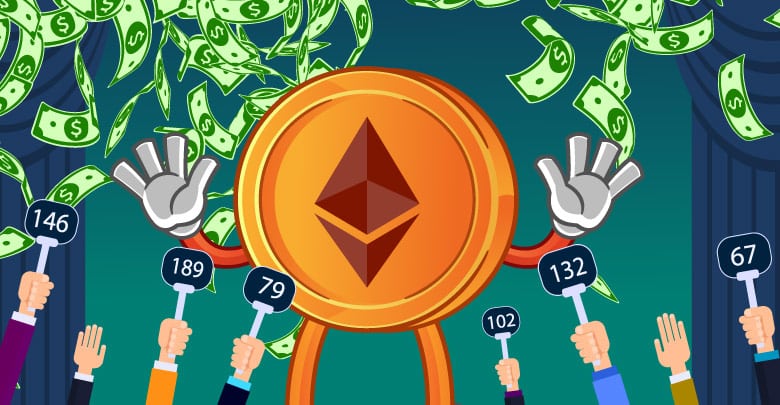 Despite the 8% surge following the Ukraine invasion, Ether is still trading at $2,700. However, there is another area where Ethereum compensates for the fall in the trading value. The market for NFT on Ethereum has been growing at an unreal rate lately. The record for the last two days has posted a whopping 36% growth in NFT sales. The declining average gas fees are being viewed as the likely cause for such a surge in NFT sales on Ethereum.

Ethereum is a giantly cryptocurrency project that accounts for nearly $400 billion of the entire cryptocurrency market. However, this large network has been falling short since entering the new year. The price of Ethereum did not experience any significant surge in 2022. The price has managed to stay under $3,000 for a few weeks now. Although the hypothesis remains solid, gas fees and performance on the blockchain remains a setback for the growth of the blockchain. However, as Ethereum is expected to roll out the layer-2 solution in 2022, this detailed ETH price prediction claims that the coin might even reach the $20,000 limit in the next five years.

Nonetheless, the network seems to have balanced out the loss in its trading value through the increasing market for NFT. The number of NFT buyers in the network has surged to 1 million in the last week of February. Soon after the good news reaches the network, the NFT sales have also gone up 36%. No blockchain with a minimum sale of $100,000 has reached this milestone except for Ethereum.

The sale of NFT was triggered by a drop in the average transaction fees on Ethereum. Surprisingly, the average gas fees on the network have hit the lowest position in the last three months. This average transaction cost on Ethereum since last December has been 0.0045 or approximately $15 in fiat money. The decline seems to have been caused by the loss in ETH value ever since the close of 2021. However, the universal tumble which also affected ETH seems to have pushed the NFT and other DeFi activities on Ethereum.

Ethereum’s versatility in the crypto space helps it maintain relevance to the market even when the price seems to be falling. It is another reason why new projects keep preferring this network over its competitors. Moreover, as per recent news, the young and growing crypto projects and start-ups are more interested in Ethereum Virtual Machine. As a replacement for layer-1, these projects use EVM to develop their own networks working as an Ethereum fork. The underlying program makes connectivity between Ethereum-based projects easier than ever. These aspects assure that Ethereum could soon enter a bullish market leading to a possible 100% hike in its trading value as early as the year-end.

0x Looks for Opportunities on Polygon After the Ethereum Launch