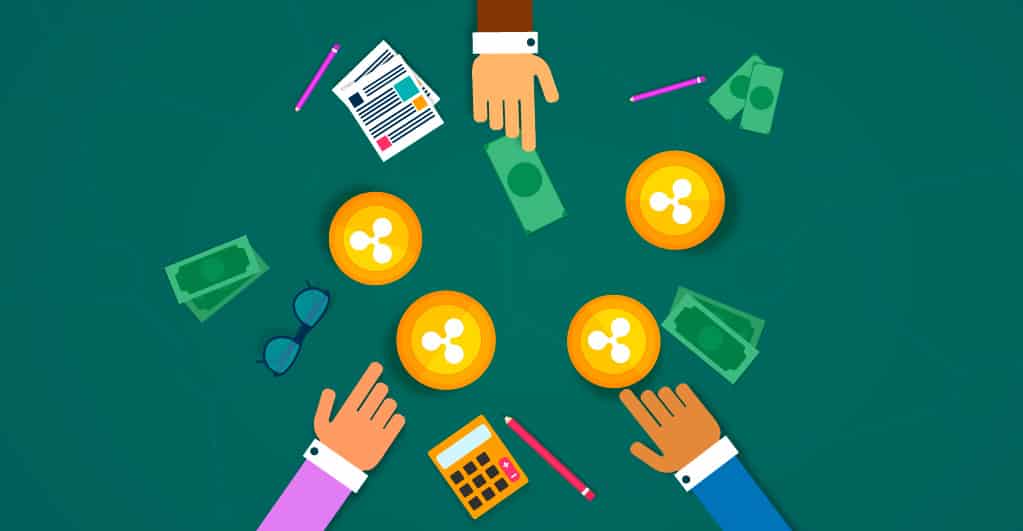 Ripple is an open-source technology platform that provides a real-time gross settlement (RTGS) system; it offers services to financial institutions and payment processors or gateways. More than 100 companies across the world have embraced the Ripple payment technology network for low-cost and quick cross-border transactions.

Both Ripple and the crypto token powering the platform, XRP, were developed by Ripple Labs Inc. One of the top three cryptocurrencies, XRP facilitates international money transfers as a source of liquidity for banks; the Ripple platforms support a myriad of cryptos and fiat currencies other than XRP.

Apart from faster transactions and low-cost money transfers, Ripple is known for safety, security, and transparency as a distributed ledger. Unlike the two other top-three cryptos that use proof-of-work algorithms like SHA-256 and Ethash, Ripple uses the Ripple Protocol Consensus Algorithm.

How Does Ripple work?

Transactions via the Ripple platform depend on a consensus protocol that is used for validating transactions and account balances on the payment technology. The same algorithm also prevents the payment system from double-spending—individual nodes in the distributed ledger determine transactions made and are confirmed and verified in under 5 seconds. Thus, the Ripple system is considered to be decentralized as there’s no central authority controlling the nodes.

All financial transactions are recorded on the distributed ledger and are made public. They are never linked to any individual or business, ensuring user anonymity. The Ripple network backed by blockchain technology (distributed ledger) makes it the safest means for facilitating cross-border transactions.

Ripple is known for its low-cost transactions, where the average fee for a single transaction is 0.00001 XRP, which is considerably lower when compared to other cross-border payment networks.

How are Transactions Verified?

Although the Ripple network and cryptocurrency are controlled by a central authority, it is ultimately a P2P network. Thus, the operations part is not controlled by the central authority (Ripple Labs). The various nodes in the distributed ledger differ in terms of their functionality. While some nodes are purely for transactions (making and receiving payments), other nodes are dedicated to validating the transactions.

The validators make use of the Ripple Protocol Consensus Algorithm (RPCA) for confirming transactions, leaving no scope for errors.

So, what are the main components of the RPCA?

XRP, the native crypto token of the platform, is one of the vital components of the consensus protocol. XRP offers instant liquidation enabling banks and financial institutions to carry out low-cost cross-border money transfers. xCurrent is yet another crucial element that enables instant settlements of international transactions that are tracked in real-time, ensuring zero errors.

Some of the other components of the RPCA protocol include xVia and xRapid, where the latter is known to reduce the liquidation costs. xVia enables users to carry out bank facilitated cross-border payments using API and thus eliminating the need for installing additional software, unlike other international payment networks.

Ripple as a Payment System

Ripple as a payment system offers a plethora of benefits like fund traceability and transaction visibility, no system errors or failures, low operational and settlement risks, and efficient liquidity management. Apart from these, information security and protection from cyber threats are other advantages.

There is one overlooked feature of the Ripple payment: Only transactions that are confirmed by at least 80% of the validator UNLs are included in the public ledger. The validation and confirmation process takes less than 5 seconds making the Ripple Network a fast global payment system. As discussed earlier, the RPCA protocol also ensures that no double-transactions are confirmed, making Ripple one of the most efficient payment systems.

It is a much-debated subject where opinions certainly vary. Many consider Ripple a centralized platform as both the network and the currency are owned by a central authority. However, nodes that confirm the transactions are not controlled by the central authority that makes it a decentralized payment network. Also, transaction history is publicly recorded on the distributed ledger, but still in a manner where account holders remain anonymous.

On the other hand, the native currency of the platform is not decentralized in nature. While this may be true, the account holders can choose a UNL (Unique Node List) from a list of validators for confirming transactions. In fact, Ripple users can also create their own UNLs. This further proves that Ripple’s distributed ledger is decentralized as users have the freedom to select or create UNLs.

Ripple is a digital payment network with its own crypto token, XRP. Compared to Bitcoin, the Ripple network uses less energy, and the Ripple system facilitates faster confirmation of transactions owing to its distributed ledger resulting in faster and low-cost transactions. It is due to this reason Ripple has garnered mainstream adoption, especially in the global payment space.

Apart from this, when it comes to investment, you need to go through Ripple Price Prediction 2030; therefore, by putting your hard-earned money right now, you can predict how much return you will get in the future.

Coinbase vs. Coinbase Pro – Where Should One Buy Bitcoin?