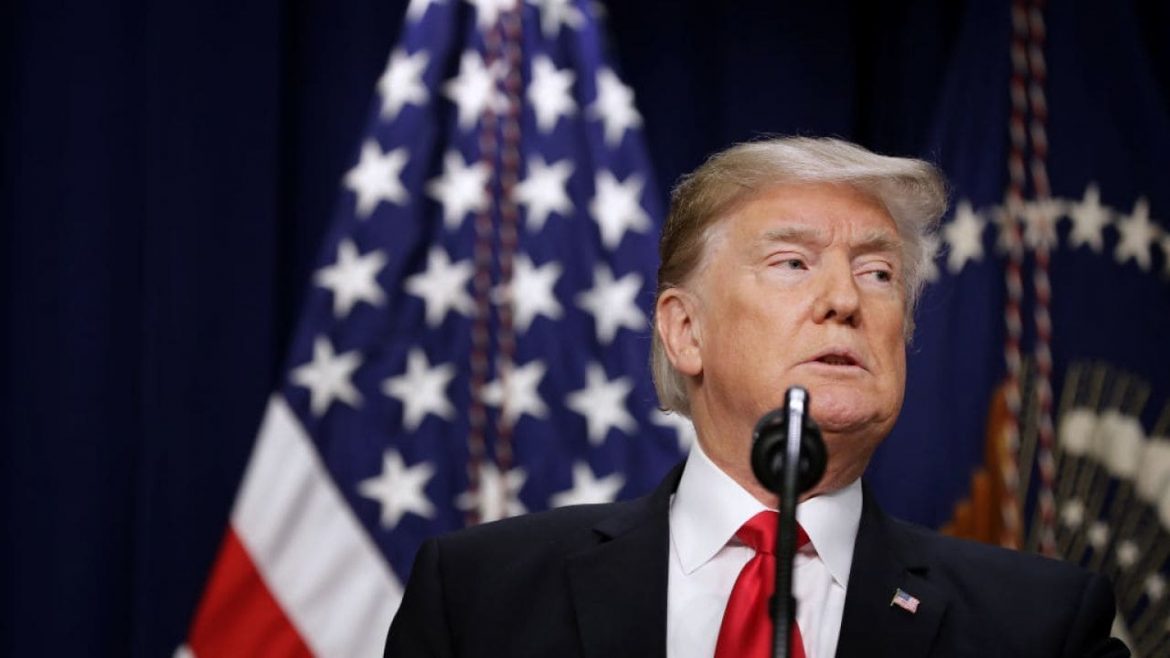 The state of American politics is slipping away from United States President Donald Trump.

President Donald Trump goes into tonight’s State of the Union address in historically uncertain condition. Its been found that just four in 10 Americans approve the way he is handling the job and nearly six in 10 disapprove. Furthermore, a poll conducted by Washington Post and ABC News reveals that citizens of America are not even considering to support his re-election.

But this was not the first time in it has happened in the United States Politics. The ruling party can seek comfort in the in another predecessor Ronald Reagan, who had lower approval level before his third-year State of the Union. He a year later recouped so robustly that he won 49 states in his re-election victory.

But the vast amount of difference in their circumstances makes it exceedingly improbable that President Donald Trump can manage a comparable turnaround. Despite many surface similarities to an earlier president from the Republican, who faced a Democratic House while holding a Senate GOP majority.

Most United States citizens liked Ronald Reagan personally even when they disliked his decisions when he was their president. When Ronald Reagan job approval rating went below 40 percent during the recession of 1982, the Gallup Poll showed that 60 percent of the people still held a favorable personal view.

The recovery after 1983 lifted the popularity of Ronald Reagan back up. When the Reagan addressed Congress in his third year, the economy was beginning its “Morning in America,” which ran for six consecutive quarters each of 5 percent-plus growth and six more of 3 percent-plus after that.

Currently, the economy has already started slowing as Donald Trump moves toward his re-election year. In the year 2018, Democrats gained 40 seats and took control of the chamber despite the second-quarter growth of 4.2 percent and 3.4 percent third-quarter growth.

According to the Congressional budget office, the growth has been projected below three percent this year, and below two percent during 2020 as the stimulus from deficit-financed tax cuts down. The prediction of a recession by the end of 2020 has become a common topic.

Ronald Reagan held back enough ability to work along party lines that in early 1983 he gained a bipartisan deal with Tip O’Neill the Democratic House Speaker, to help the finances of Social Security. Similarly, White House aides say that Donald Trump’s speech tonight will bring forth national unity and call for bipartisan cooperation on infrastructure, drug prices, immigration, and trade.

President Donald Trump’s record suggests very minimal chances for success. The recent blows that he has suffered from both political parties stipulate the declining influence on both sides of the Capitol.

The president’s unremitting focus on reinforcing his base of blue-collar whites leaves him stripped of goodwill among more upscale and diverse Democrats. Backed by a unified Democratic caucus, House Speaker Nancy Pelosi, refused the border wall demands and made Donald Trump surrender with only diminished poll numbers to show for it.

Donald Trump, warns that immigrants will bring drugs, crime, and disease flooding into America’s southern border. Trump went on threatening to invoke emergency powers that could let him build a wall without Congress. But the Senate Republicans cautioned that they might join Democrats in opposing the legally controversial step.

Senate Republicans who were shaken by the exit of Defense Secretary James Mattis, defied the White House to express disapproval of Donald Trump’s plan to withdraw U.S. troops from Syria. The Grand Old Party’s opposition to domestic spending dims promises for a big infrastructure plan, but on the other hand, its preference for market forces throws doubt on a deal for new pharmaceutical industry price constraints.

Donald Trump promises to tear up the North American Free Trade Agreement that Reagan started to compel Congress into passing the modestly updated version he negotiated with Canada and Mexico. But his wall back-down to Pelosi and adverse market reaction to trade disruptions have diminished the credibility his tough talk.

Robert Mueller, other federal prosecutors, the New York attorney general, both chambers of Congress have a collection of evidence. It is said that this evidence might overwhelm everything else in Washington. All these evidence is reported to point towards in one common direction, that is towards the possibility of impeachment by the House

If that happens, Donald Trump would need support from at least 34 of the Grand Old Party’s senators from tonight’s audience to remain in office. Donald Trump might likely get it, but the gathering state of Republicans’ 2020 peril injects a measure of doubt.