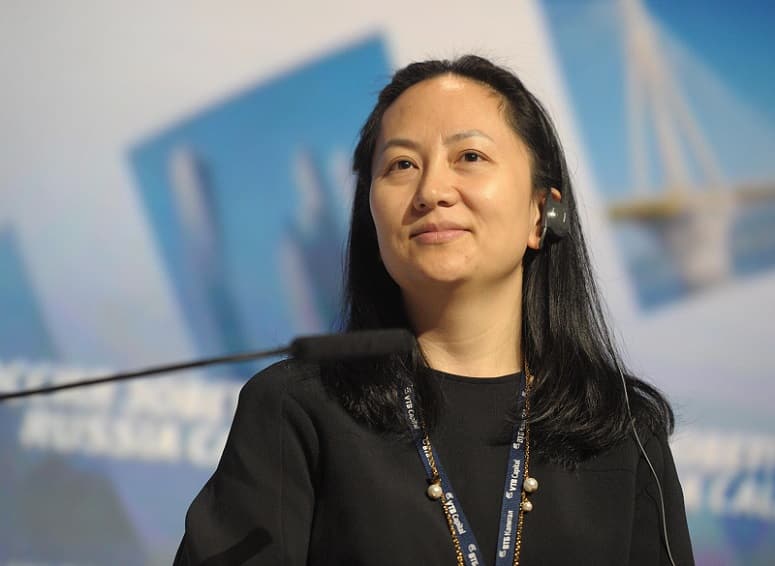 The arrest of Huawei’s key executive Meng Wanzhou in Canada has often been cited as the event that marked the escalation of the US-China trade war and now the executive exploring options that will help her fight extradition to the US. According to reports in the Canadian newspaper, Globe and Mail, the Chief Financial Officer of China’s biggest mobile phone manufacturer, is going to fight extradition claiming that her arrest was politically motivated.

Meng is one of the most important figures in the bruising battle between the United States and China. The US not only accuses the company of being involved in spying for the Chinese government and theft of trade secrets from an American company but also a violation of sanctions on Iran. Meng was arrested in Canada at the behest of the United States and then she was charged on the grounds of wire fraud related to violation of sanctions on Iran.

Richard Peck, the lawyer who is representing Meng, is this high stakes case spoke to the Toronto based Globe and Mail and stated that the case is a hugely political one. “The political overlay of this case is remarkable. That’s probably the one thing that sets it apart from any other extradition case I’ve ever seen. It’s got this cloud of politicization hanging over it.”

The case is going to be presided over by the office of Canada’s Justice Minister David Lametti, and the minister’s office refused to get into discussions regarding the possible strategy of the legal team defending Meng. A spokesperson of the ministry said as much, “We are committed to a fair process unfolding before the courts and the steps undertaken by the Department of Justice Canada on this case have followed due process, in accordance with the Extradition Act, the Charter of Rights and Freedoms and our Treaty with the United States.” Huawei refused to comment regarding the developments in the case.

This case is going to have a huge bearing on the US-China trade war. The argument that it has turned totally political might have something to it because US President Donald Trump said back in December that he would intervene if he felt that it would be in the interests of national security. Needless to say, the Meng case is going to be watched closely by interested parties in both the US and China. Additionally, the world will take a keen interest as well, since the trade war has had an effect on several economies across the world.