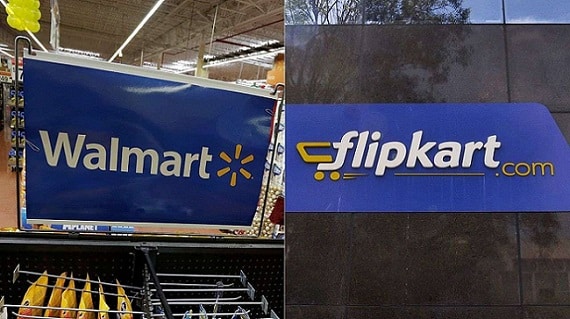 The new regulations for e-commerce companies that kicked in, in February, has been a source of immense consternation for both Amazon India and Flipkart, two of the biggest e-commerce platforms in the country. However, for Walmart, which now owns Flipkart after acquiring it for $16 billion last year, it has been a bitter pill to swallow, and according to Morgan Stanley, the American retail giant could consider a complete exit from the country.

The new regulations bar e-commerce companies from owning an equity stake in vendor companies whose products are sold on the platform and additionally, exclusive deals have also been stopped. The rules directly impact Flipkart’s ability to provide deep discounts to its customers, and it is believed that the move is aimed at appeasing smaller merchants in India during an election year. For years, merchants bodies in India have argued against uncompetitive pricing policies of e-commerce companies. However, with the rules of the game-changing a year barely after their big bet, Walmart might well be considering their options regarding their future in India.

The report stated that due to the new rules, Flipkart would need to shed around 25% of the products listed on its website and the biggest impact is going to be on electronic products including smartphones. Due to the presence of exclusive deals, the smartphone and electronics segment is going to be badly hit. The report stated, “We estimate that Flipkart derives 50% of its revenue from this category [smart phones and electronic products], meaning Flipkart could face meaningful disruption and top-line pressure in the near term.”

While anyone might believe that pulling out of investment worth $16 billion in around a year is unusual, Morgan Stanley believes that it is an option for Walmart. In this regard, they cited Amazon’s pullout from China after the company realized that they were not going to be profitable in the long term. Speaking to Indian financial daily Economic Times, a spokesperson for Walmart said, “Despite the recent changes in regulations, we remain optimistic about the e-commerce opportunity in India given the size of the market, the low penetration of e-commerce in the retail channel and the pace at which it is growing.”