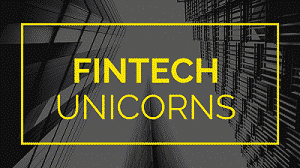 When it comes to technology, the first thing that comes to anyone’s mind is California and San Francisco, while finance conjured up images of Wall Street in the minds of most. So, when the Fintech industry really took off around five years ago, anybody would have thought that it would be primarily based in San Francisco, the tech hub of the United States. However, things have not turned out that way, and it seems that for now, the Fintech industry is definitely in far stronger health in London, the capital of the United Kingdom. It has now emerged, London has outnumbered San Francisco in terms of the number of unicorn Fintech companies (valuation of $1 billion or more), and it is fair to say, that the British capital is now the global capital of the industry.

On the other hand, it should not come as a complete surprise either, considering the fact that London is the oldest financial hub in the world and even now, it remains among the most important financial hubs in the world. Consequently, it does not come as a complete surprise that the city’s investors and venture capitalists have embraced the industry in a big way. At this point of time, London is the home to 18 Fintech startups while San Francisco can boast of 15 and it is a significant gap, considering the fact that creating a company with a billion dollar valuation is not an easy task.

In this regard, it is also interesting to note that Britain, as a whole, has been a hotbed for innovation for Fintech, and as of now, there are 72 such companies in the country. It is just behind China and the United States, but when it comes to competition with other European nations, the United Kingdom is in a league of its own. The UK has definitely been a far more tech-friendly country over the past few years and Microsoft’s chief executive in the UK, Cindy Rose, said as much. She said,

The UK continues to be at the forefront of digital transformation. At Microsoft, our work with start-ups and scale-ups confirms that the potential of the UK tech sector is growing daily.