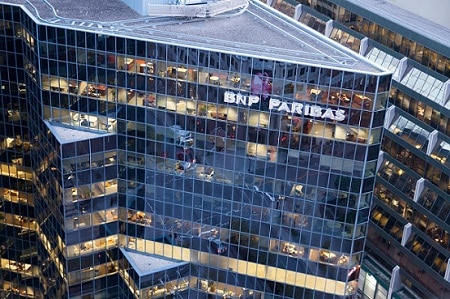 The weakness in the financial markets in 2018 hit French bank BNP Paribas quite adversely, and now the bank has decided to cuts its key targets for 2020. BNP Paribas is the largest listed bank in France, and it is indeed a setback for the financial markets in Europe for such an institution to cut its profit and revenue targets for 2020. In 2018, the bank’s revenues took a sharp turn for the worse and nosedived 1.5% to 42.52 billion Euros. Following those results, it perhaps comes as no surprise that the bank has now decided to revise its targets.

According to the bank’s revised estimates, the bank has slashed its revenue growth target from 2.5% per year to 1.5% until 2020. In addition to that, the return on equity numbers has also been revised for 2020. BNP Paribas has slashed it from 10% to 9.5%. The bank also suffered a pretax loss in the fourth quarter as the slump in the global financial markets took its toll on its trading and merchant banking arms.

Predictably enough, the bank’s shares took a turn for the worse following the announcement. The shares plunged by 2.9% and resulted in declines in key indices as well. The STOXX Europe 600 Bank Index fell by 0.7% while on the other hand CAC-40 Index, which is France’s benchmark index, fell by 0.4%. Regarding the bank’s fourth-quarter figures, brokerage house Jeffries said, “A miss in markets. Fixed income, currencies, and commodities down 14.7 percent year-on-year, equities down 70 percent year-on-year – both the worst results since 2013.”

The problems that have plagued BNP Paribas over the recent past are not unique. Most of the big banks in Europe have struggled to locate new and profitable revenue streams. On the other hand, low-interest rates have pretty much wiped off any profitability from retail banking, and financial market upheavals have made merchant banking a volatile sector over the past few years. BNP Paribas is not the only bank that has cut back on their targets in France. Two other French banks, Natixis and Societe Generale have also issued profit warnings.

Last but not least, Germany’s financial giant Deutsche Bank recorded even bigger losses in the fourth quarter than analysts’ expectations. BNP Paribas has announced that it is going to go on a cost-cutting spree and will close unprofitable segments of the business. The bank has targeted cost-cutting to the tune of 350 million Euros in each of the next two years.