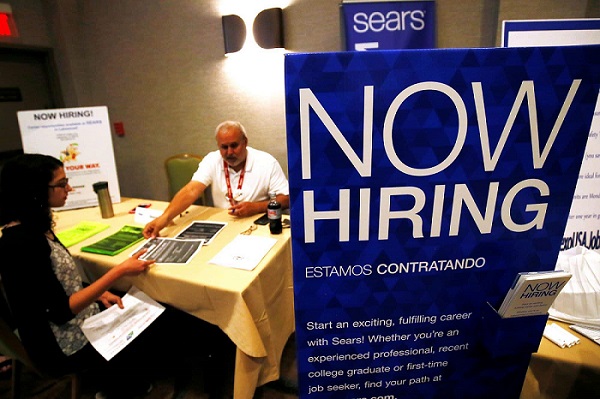 Payrolls in the service sector have reported growth for the last two years. This is due to the newly added jobs by the U.S. economy. On Wednesday, data released by ADP and Moody’s Analytics revealed that the payrolls had increased significantly since July last year.

In April, service-providing jobs went up by 223,000, which was led by a gain of around 60,000 positions in the business and professional services. The education sector and the health services sector added another 54,000 jobs as employment in the hospitality an leisure industry went up by 53,000.

Employment in the goods-producing sector including manufacturing, construction, and mining went up by 52,000, with the construction field leading the way with 49,000 payrolls. The U.S. economy also managed to add another 5000 manufacturing jobs as jobs in the mining sector went down by 2000.

Interestingly, medium-sized businesses which employ around 50 to 499 people managed to lead the way in job creation by adding 145,000 jobs in the last month alone.  Jobs in the small businesses sector went up by 77,000 which large companies managed to increase the number by creating 53,000 jobs.

According to Mark Zandi, the Chief Economist at Moody’s Analytics, the job market seems to be holding steady as businesses continue to fill open positions. He also mentioned that the economic soft patch does not seem to have affected hiring. He expects the expansion of jobs to continue in the coming months.

The report released on Wednesday came on the heels of the Commerce Department stating that the economy has grown by 3.2% in the first quarter of the year. This was reported to be the best beginning of a new year since 2015.  The government will be releasing the official jobs report for the month of April on Friday

With private payrolls going up by 275,000 in the last month alone, businesses across different sectors seem to be looking forward to more positive economic growth. The services sector alone increased jobs by 223,000 in the month of April. As the job market holds firm, economists remain cautiously optimistic about the upcoming months.