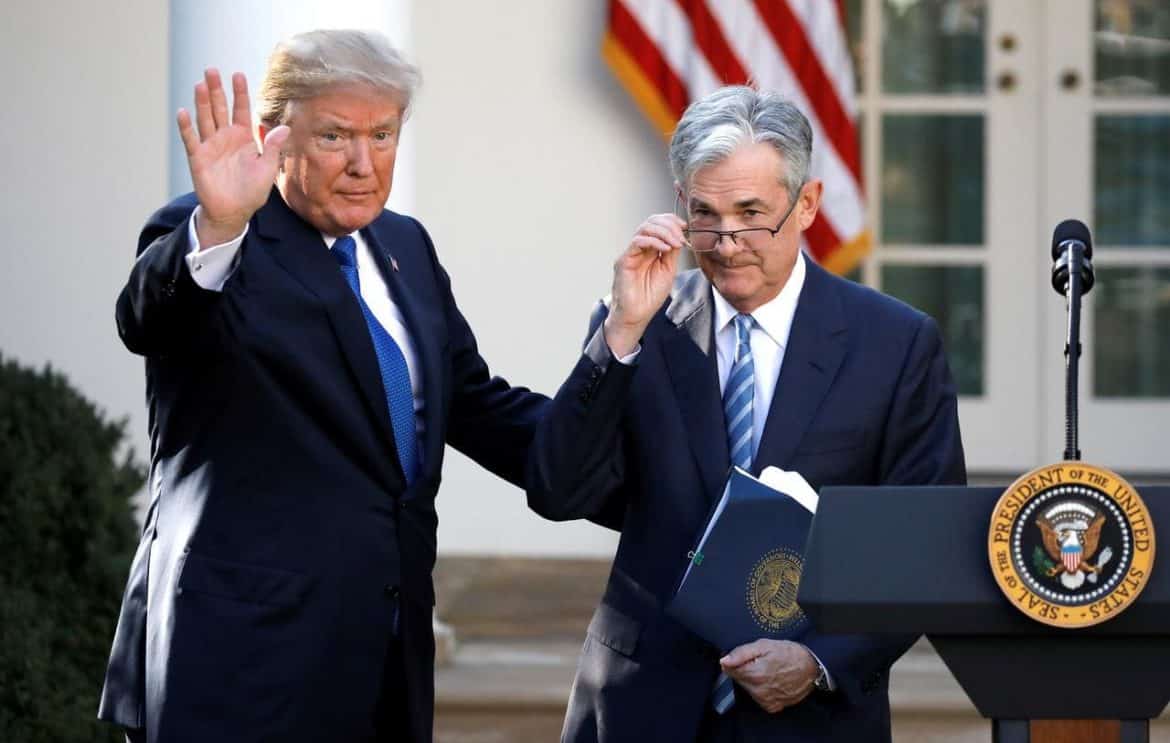 The President of United States Donald Trump and the Chairman of the Federal Reserve Jerome Powell met on Monday at White House and discussed the economy and the outlook over dinner. This is the first meeting by both after Trump criticized the Central Bank for raising interest rates which the President thought would put the US economy in grave danger. The steak dinner which according to the statement released by the Fed lasted for an hour and a half was attended by Richard Clarida who is the Vice Chairman and Steven Mnuchin who is the Treasury Secretary. Earlier last week, the Fed had announced that the Central Bank would not increase the interest rates further and has put it on hold for the time being which according to Powell and the Fed is due to the economic developments and not due to the harsh public statements made by the President.

In a statement released by the Fed, it said that the Chairman was invited by the President to dinner to discuss the latest developments and its outlook on growth, inflation, and jobs. The statement read ‘Powell did not discuss his expectations for monetary policy, except to stress that the path of policy will depend entirely on incoming economic information and what that means for the outlook.’ Powell had informed the President that ‘he and his colleagues will make those decisions based solely on careful, objective and non-political analysis.’ The statement further added that Powell’s comments were ‘consistent with his remarks at his press conference of last week.’

Powell and Trump look to reset the relationship:

The President meeting the Fed Chair is rare but not something that’s not done before. Usually, the Fed Chairs meet the Treasury Secretary, but the dinner on Monday was the first since the Chair’s appointment a year ago and comes after Trump’s public criticism of the hike in interest rates. Many believe that this meeting was to reset the relationship between the two after Trump broke the tradition of White House not publicly commenting on the monetary policies of the Central bank as respect for its independence. Though the central bank’s constant change in interest rates is a cause for concern for the Presidents, its independence to make decisions without any political interference is critical to the economy.

The White House spokeswoman Lindsay Walters directed all questions about the discussion to the Fed and did not provide any response to a request for comment on the meeting.