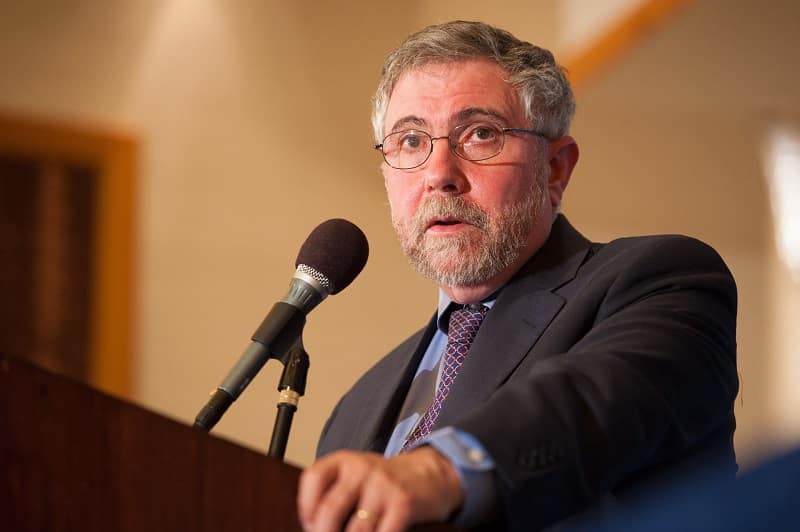 A popular economist who has won the Nobel Prize gives a warning that recession can come this year. This likelihood of a serious economic downturn in the upcoming months has worried various market participants.

Most economists and some of the world’s business tycoons agree that economic growth is gradually slowing. But some policymakers are showing hope for a soft landing instead of a strict recession.

At a world government summit on Sunday, Krugman showed a doubt to this upcoming recession. This summit was held in Dubai. When some investors asked Krugman that whether they should expect for a recession in the upcoming months, he replied: “I think that there is a quite good chance that we will have a recession late this year (or) next year.”

Krugman is a professor at Princeton University’s Woodrow Wilson School. He got a Nobel Prize in 2008. He worked on economic geography. Not only this, but he also worked in recognizing international trade patterns.

He talked about President Donald Trump’s tax cut decision as one of the areas to worry. He added that this program was not much effective. Krugman also said that tech growth could also get deflated.

Indicating towards various policymakers those are showing hope for a soft landing instead of an outright recession, Krugman said that it had been a great concern that when economic growth slows down, we do not see a good and responsible.

Moreover, he indicated towards euro area and warned that this region would be the first to see the recession. Earlier in the last week, the European Commission put lower importance towards forecasting economic growth of eurozone in the year 2019 and 2020.

Commission has declared that the growth of eurozone is going to slow to 1.3 percent this year. It was around 1.9 years in the year 2018, but the commission expects that it will rebind to 1.6 percent in the year 2020.

Earlier in the November month of 2018, one of the EU executive’s forecasts expected the 19-country currency bloc to grow 1.9 percent this year and 1.7 percent in 2020.

It is suggested by various media news channels that a global economic downturn is heading towards Europe. Krugman is crystal clear in his opinion that we are going to see a strict recession in the last quarter of this year.